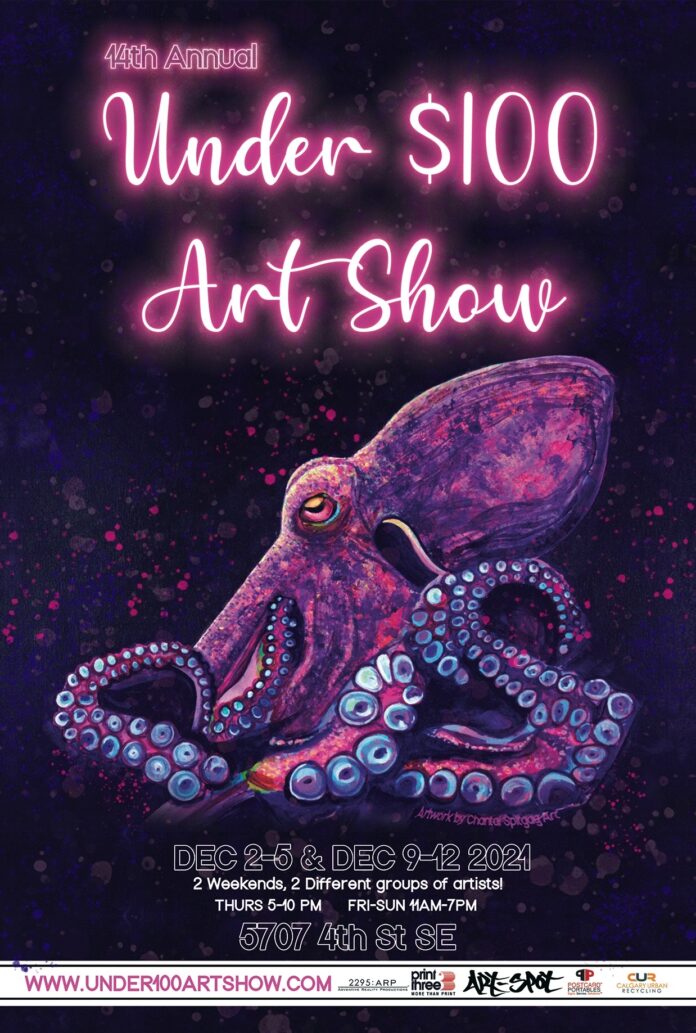 Art. It influences and inspires. It’s universal. Language barriers dissolve. Art impacts our emotions. It has been proven to raise serotonin levels and scientifically shown to enhance brain function. We all have examples of art in our homes and other parts of our lives, in one form or another. One thing we can all agree on is that art is impactful. With all of its wondrous shapes, colors, textures, mediums, subjects and sizes, art is ever evolving and art is not going anywhere. Emma Justine Mccaul understands art. She opened a Calgary organization called ART SPOT in 2008, with the goal of supporting local emerging artists.

It was here, at the organization’s first location, a small turn of the century home in Connnaught, where the very first “Under $100 Art Show” was launched. Living upstairs of this small house for over a decade, Emma began to transform not only the local art scene but quite literally, the entire house. The walls of the living and dining rooms became the gallery space, and the kitchen was the ‘bar’. Sharing this home with other artists, they worked together to dream up and produce ideas for shows, including the first “Under $100 Art Show”. The idea to discount local art during the holiday season, was a way to give back to the community. Its’ plan was to make art accessible to people who may not be able to afford it otherwise. That was 14 years ago. 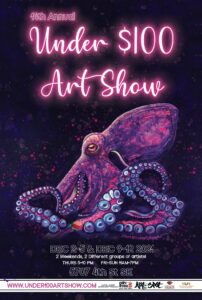 The idea of the “Under 100 Art Show” caught on quickly and began to grow and evolve rapidly. So, for the next several years, the show continued to out of the ART SPOT house. Year 5 they experimented with running out of a retail space on 17th ave. It was set up here for an entire month, however this turned out to be too long. The 8th year expanded to another venue and this was the year that sales tripled.The 9th year was the first time the show moved into a warehouse location and the first year nearly 100 artists became participants. Since then, the ‘Under 100 Art Show’ has been growing exponentially with both the participating artists and the sales every year. This 14th consecutive year ahead will be another first. The show will run over the course of 2 weekends, with 2 entirely different groups of artists. The show has grown so much! It can be challenging rotating new artists in. Today, the popularity of the show has increased so substantially, that over 100’s of artist applications must sadly be rejected each year. This new format should allow more artists the chance to participate. The ART SPOT “house” of the early days would not have nearly enough room to host the sought-after art show today. This expanding event now needs much more space to accommodate the tens of thousands of pieces of artwork and a guest count in the thousands. You can find a wide range of unique, local art in almost very medium, design and style. Every art item sold at this December show is under $100. 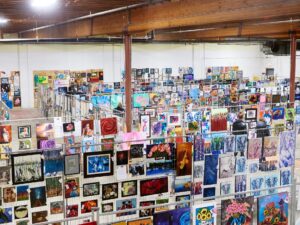 In 2014, ART SPOT merged with Market YYCAssociation to form “Marketspot,” an organization to promote local artists and makers through a variety of environments including markets, pop up shops, and community programming. Currently Marketspot has a shop in Market Mall, and will be popping up another location at the venue for the Under $100 Art Show, in the warehouse “showroom.”

To learn more about this year’s show and these organizations please visit: www.artspotcalgary.com  or www.under100artshow.com