NFT’s, or ‘non-fungible tokens,’ are revolutionizing the concept of ownership and transferability of nearly every conceivable item, whether it digital or physical.

Most of you have likely heard the term ‘NFT’ going around – many of you wondering, what exactly is it? Is it a type of JPEG or digital art? One way to think about an NFT is as a unique identification code, similar to that of a serial number. Unlike serial numbers stored in a database under a corporate entity, an NFT and all its data are stored on what’s called the blockchain. Understanding the blockchain can be complicated; however, at a surface level, we can think of blockchain technology as quite literally, a chain of Internet blocks that carry data. Data stored includes transaction history data. This data is all ‘chained’ together through cryptographic mechanisms. 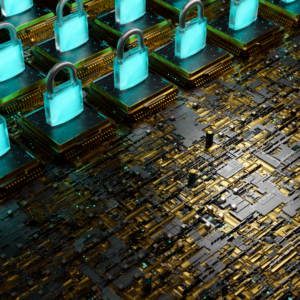 Given that the blockchain exists in the invisible Internet void per se, it can be seen as similar to a database, completely decentralized from any corporate entity ownership. This database, or public blockchain, can never be destroyed, replicated or altered. It is both safe as well as transparent. An NFT asset with its unique code lives in, or more accurately, on these blockchains. Now, when we hear about NFT’s as owning images or GIFS, it means that said image or gif has a unique code embedded in it that distinguishes it from all the rest – this is what makes it non-fungible or, quite literally, ‘non-changing.’ 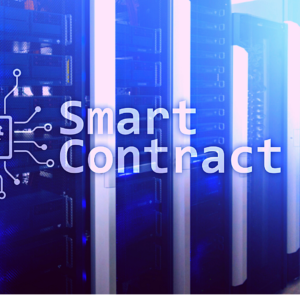 This process that makes up an NFT can more precisely be referred to as a smart contract, or NFT smart contract. The smart contract process is what is essential. Smart contracts represent nearly anything, whether that be a deed to a home, a piece of art, a ticket to a private concert, a music festival, even a music album. It’s not too different from modern-day tickets, for example, where we often store the relevant info on our phones.

The difference here is that an NFT has actual utilization depending on its embedded code. Perhaps the NFT ticket for the private art show you went to, has a bound digital art piece that can be collected and traded, potentially for a profit later down the road. Nonetheless, the smart contract side of this technology is significant because it allows the people, not the corporations, to take complete economic ownership and oversight of how modern-day peer-to-peer trade is performed. Not only this, but because smart contracts take place on the public blockchain, all NFT’s bear a public record of all previous ownerships, all of which cannot be altered, and all of which will always remain publicly viewable, thus adding to their transparency. 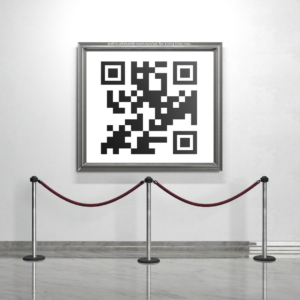 Let’s take a step back and see a real-world case of NFT’s being used for art. Think about the Mona Lisa. We know that because the genuine Mona Lisa is securely stored at the Louvre Museum in Paris, if we see the Mona Lisa painting in a restaurant, we know it isn’t truly the original, albeit looking practically identical – it’s just a copy! However, if side-by-side with the original, it may be hard to tell which is authentic unless, for example, it had its own NFT linked to it. In this case, the NFT says, “this is who I am, I am the original, and I have the unique ID to prove it.” Indeed, NFT’s can be linked to physical items. Several technologies allow this. Hopefully we’re beginning to understand their function.

Let’s look at another example; if you were to invest in a luxury watch, say a Patek, it could take months to go through the required paperwork to prove its authenticity. This makes the process of ownership transfer time-consuming. An NFT, however, can be sent between people practically instantly (peer-to-peer), thus speeding up the transaction process significantly. Because an NFT can’t be replicated nor altered, there is confidence in the watch’s authenticity. The evolving applicability of NFT smart contracts can be regarded as the tool acting as the backbone for both the physical and digital economic marketplace.

Let’s consider scenarios through the lens of real estate – this includes the digital real estate economy, or digital land, two primary components of the metaverse. Let us not forget the impressive Mars House, the very first NFT virtual home created by Toronto-based digital artist Krista Kim, which sold for a whopping $500k worth of Ethereum. Additionally, there are now ways to purchase, own, and sell digital land through applications such as SandBox – a virtual Metaverse where players can play, build, own, and monetize their virtual experiences through purchasing digital land. Big names such as Atari and even Snoop Dogg have notably invested significant amounts in such concepts, their land being publicly viewable – go take a look! These are all digitized assets, enjoyed and utilized on the blockchain through technical mediums.

And it’s only in its infancy. 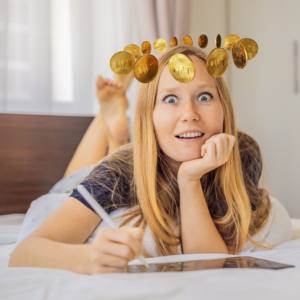 Physical real estate poses an equally noteworthy window of opportunity for NFT smart contract application. A recent notable example is TechCrunch founder Michael Arrington who sold his apartment in Kyiv, Ukraine, as an NFT. The new owner received the apartment and the associated NFT in addition to the regular sale – but what changed? When we glance at the current homeownership process, we can see that a lot changes. Documentation, mortgage approvals, inspection contracts, and third party fees – this process for a new homebuyer is complicated. If you have ever taken part in the buying or selling end alongside all of its complexities, one can quickly witness an uneventful and archaic form of commerce. The NFT brings in a new form of contact, the smart contract, filling in all of the gaps speeding the process up immensely, allowing many more possibilities and opportunities. With an NFT smart contract representing your home, one can engage in other ‘Web 3’ protocols that function to utilize NFTs in various ways. More simply, however, we can forget lengthy papers and contracts – the concept of peer-to-peer lending through tokenization and tokenomics can change how insurance and mortgages are held. Within the context of blockchain technology, tokenization being the process of converting something of value into a digital token, usable on a blockchain application, and a token being a digital unit of a cryptocurrency, used as a specific asset to represent a particular use on the blockchain. 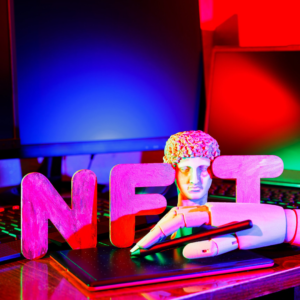 So, whether it’s watches, houses or digital art, NFT’s are undoubtedly revolutionizing the concept of ownership and commerce, alongside transforming the meaning of authenticity and transferability. Notably, this technology is accomplishing this new trade structure decentralized from the corporate elites, putting the power back into the hands of everyday people. Undoubtedly, this brings forth a heap of questions to ponder. What will regulation look like across borders? How will other entities view or accept this concept of tokenomics? How might countries legally differentiate regarding addressing (or quite possibly, banning, as we’ve seen) these uses?

If this is only the beginning, many look forward about what’s to come and are happy to be a part of the revolution.